As IHS Markit’s lead analyst for United States foreign and domestic policy, Dr. Raines has appeared in numerous media outlets, from CNN, BBC, CNBC, The New York Times, The Washington Post, NPR and The Associated Press, amongst many others. In his previous work experience with the U.S. Department of State, he held roles responsible for conducting economic policy for the United States Embassy in Panama and overseeing the American Citizen Services unit in Hong Kong. He also worked at the World Bank, where he managed several projects in production of the World Development Indicators (WDI). His other assignments have included the U.S. Department of the Treasury, the Center for Strategic and International Studies (CSIS) and the World Trade Center. He earned a Ph.D. in political science from Ohio State University and a master's degree in international relations from Johns Hopkins School of Advanced International Study (SAIS).
Speaking At
Facing Up To Macro Trends And Industry Risks On The Horizon In 2021 – A Vital Checklist 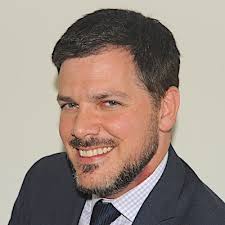