Full Name
Paul Muthaura
Job Title
CEO
Company
CMA
Speaker Bio
Mr. Paul Murithi Muthaura has been leading the Capital Markets Authority (CMA) of Kenya since July 2012. In this period, the CMA has been recognized as the Most Innovative Capital Markets Regulator in Africa for four consecutive years from 2015-18. CMA was also been recognized for its outstanding contribution to Capital Markets Stability in Africa in 2018.
Mr. Muthaura is a member of the Board of the International Organization of Securities Commissions (IOSCO) and the Chairman of the Africa and Middle East Regional Committee (AMERC) of IOSCO. He is also the Chairman of the Consultative Committee of the East African Securities Regulatory Authorities (EASRA). At the national level he sits on the boards of the Insurance and Pensions regulator as well as the Vision 2030 Delivery Board.
Paul has previously worked as an Emerging Markets Advisor with the General Secretariat of IOSCO and as a senior commercial associate with the law firm of Daly and Figgis Advocates. In his time with the CMA he has held the positions of Head of Legal Framework, Head of Enforcement and Director, Regulatory Policy and Strategy.
Mr. Muthaura is an Advocate of the High Court of Kenya and an Honorary Fellow of the Institute of Certified Public Secretaries of Kenya. He is the holder of an LLB from the University of Warwick, LLM in Banking and Finance Law from the London School of Economics and Political Science and MPhil from the Maastricht School of Management.
In December 2017, Mr. Muthaura was awarded the National Honour of the Order of the Moran of the Burning Spear (MBS), by His Excellency the President of the Republic of Kenya for his services to the development, deepening and reform of the capital markets in Kenya.
Speaking At
Regulatory Roundup – The State And Impact Of Multi-Jurisdictional Regulations and Assessing The Need For A Co-Ordinated Regional Regulatory Response 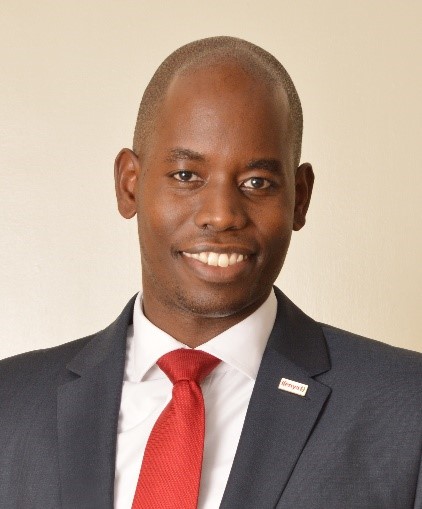